Mr. Miskie was born January 7, 1937 in Milwaukee, WI to Frank and Ruth Miskie. He graduated high school and later served in the U.S. Air Force.

He lived in Omaha, Nebraska for many years before moving to North Carolina. Mr. Miskie enjoyed travelling to antique shows and playing tennis.

Offer Condolence for the family of Kenneth Miskie 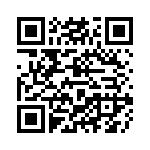