A native of Cumberland County, NC, Kenny was one born to the late Kenneth E. Daniels, Sr. and Lillie Ruth Britt.
“Kenny Boy”, as he was known growing up, developed a love of nature and a respect for the land with all of its blessings. Kenny was passionate about hunting and farming. He always managed to have an abundant supply of crops. He compassionately shared with anyone who he might benefit from the bounties that he had received. No one went hungry with Kenny around.
Some of the best family memories were made on the USS North Carolina as he would take the family on tour for hours on end during vacations to Wilmington, NC. Kenny was self-employed with his own hauling business. In 2005, he and Nita Blalock were married. This gentle man with a huge and giving heart will be greatly missed.

A Service to Celebrate the life of Mr. Kenneth Daniels, Jr. will commence 2PM, Thursday, February 27, 2014 at Berea Baptist Church, 5011 Fayetteville Rd., Durham, NC 27713. Burial will immediately follow in the church cemetery. The family will receive friends at other times in the home of Crystal Harris, 155 Lamont Norwood Rd., Pittsboro, NC.

Online condolences may be left at www.hallwynne.com, select “Obits”.
The arrangements for Mr. Daniels are under the care of Hall – Wynne Funeral Service and Cremation of Pittsboro.

Offer Condolence for the family of Kenneth Earl Daniels 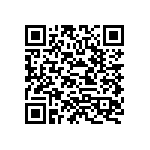