Keith was an animal lover and loved his own dog Teddy dearly. He moved to Florida to live with his brother, Frederick. After Frederick’s death, Keith moved to North Carolina to be with his sister, where he enjoyed the remainder of his life.

Keith is survived by his brother, Richard Baden (Jeanne) and sister, Eileen Cross (Bob). Keith was preceded in death by his two brothers, Frederick and William Baden.

A private service will be held in Keith’s memory.

Offer Condolence for the family of Keith John Baden 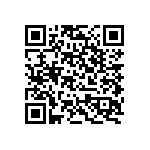