Oxford
Kathlyn “Katie” Adcock Powell, age 85, a resident of Oxford died March 26, 2009 at Durham Regional Hospital. She was a native of Granville County and the daughter of the late Gold Damon Adcock and Ruth Smith Adcock. She was a member of St. Stephens Episcopal Church, was a secretary at the former Camp Butner and was the bookkeeper at Herring & Williams Drugstore.
Funeral Services will be conducted Friday March 27, 2009 at 3pm in the St. Stephens Episcopal Church by the Rev. James L. Pahl, Jr. Burial will be held at the Adcock Farms Cemetery.
Surviving is her husband Edward Sholar Powell, Sr.; one daughter, Ruth Parham Powell Hicks of Oxford; two sons, Edward Sholar Powell, Jr. of Wilmington and David Adcock Powell of Raleigh; three brothers, Edward G. Adcock of Rougemont, David L. Adcock of Oxford, and Brent M. Adcock of Butner; four grandchildren and one great grandchild. She was preceded in death by a brother Drewery Adcock.
The family will receive friends Friday March 27, 2009 from 2pm to 2:45pm in the Parish Hall of St. Stephens Episcopal Church. At other times they will be at the home.
The family requests memorial contributions to be made to the charity of one’s choice. Arrangements are being handled by Gentry-Newell & Vaughan Funeral Home. Online memorials can be found at www.gnvfh.com by selecting ‘obituaries’.

Offer Condolence for the family of Kathlyn Jones Powell 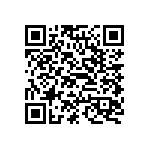