DURHAM — Mary Katherine Terry Mangum, age 86, died peacefully Friday, January 25, 2013 surrounded by her loving family at Durham Regional Hospital after a short illness. She was born to the late Joseph D. and Sudie Poole Terry on November 1, 1926. Katherine was born and grew up in northern Durham County, along with four brothers and two sisters, in a small community consisting mainly of relatives and friends. She attended Durham County schools and graduated from Mangum High School in Bahama. She was of the Primitive Baptist faith and attended Mt. Lebanon Primitive Baptist Church on Guess Road in Durham during her entire lifetime.

Katherine is survived by her three children, Kay Mangum of Durham, Terry Mangum and wife Mary Jane of Durham, and Linda Mangum Russo and husband Tony of Hurdle Mills; her sister, Elizabeth Terry Henderson of Mt. Pleasant, SC; her seven grandchildren and ten great grandchildren; and numerous nieces and nephews. She was preceded in death by her husband, John Alex Mangum. They were married in 1945 and were together for 58 years until his death in 2003.

Friends may visit Tuesday evening from 6:00-8:00 p.m. at Hall-Wynne Funeral Service in Durham.

The family wishes to extend their heartfelt thanks to the entire fifth floor staff of Durham Regional Hospital for the wonderful care given to Katherine during her final two week hospital stay.

Arrangements for the Mangum family are under the care of Hall-Wynne Funeral Service. Online condolences www.hallwynne.com

Offer Condolence for the family of Katherine Terry Mangum 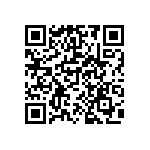