Katherine Kay Sanson Smith died at the age of 91 on April 6, 2014. Kay was the wife of the late Billy Cevus Smith, attorney, of Pittsboro, North Carolina. Born in Atoka, Oklahoma, she was the daughter of David Alexander Sanson and Bertha Jorndt Sanson. After her father died, her mother married Harry John Reynolds.

Kay attended college in San Diego, California and worked as an office manager for her husband and for McNeill and Roberts Building Supply in Pittsboro for many years. She was an active member of her church. A member of a U.S. Coast Guard family while growing up, she was the first woman to join the Coast Guard from the Mobile, Alabama area during WWII. She served as a switch board operator, attaining the rank of petty officer during the war.

Surviving are her children, Don Smith and his wife, Karen, of Gulf Breeze, Florida; Joanne Ryan and her husband, Dan, of Jupiter, Florida; her nephew Andrew Branch who lived with the family throughout high school and college; her sister Joan Wolfe of Charlotte, North Carolina; her sister Barbara Clark of Houston, Texas; her grandchildren, Henry Smith of Las Vegas, Nevada; Chad Ryan of Tallahassee, Florida; Cameron Ryan of Denver, Colorado; and Chris Ryan of Los Angeles, California; and a host of nephews, nieces, and cousins.

In addition to her husband, she was preceded in death by her sisters Mary Hendricks, Margie Devinney, and Shirley Sanson.

Kay will best be remembered as a very compassionate, nurturing person. She cared for those who were sick, unhappy, or just needed help. She was a wonderful mother and a very good friend.

In lieu of flowers, the family requests that donations be made in her name to Covenant Hospice, 5041 North 12th Avenue, Pensacola, Fl. 32504.

Offer Condolence for the family of Katherine Kay Sanson Smith 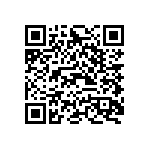