Mrs. Katharine Mann Williams, 94, formerly of Manco Dairy Road, Pittsboro, died June 13, 2007 at The Laurels of Chatham. Mrs. Williams was born January 25, 1913 in Chatham County, a daughter of Oscar Brent Mann and Susan Stella Smith Mann. She was a graduate of Appalachian State, and retired from teaching after 39 years. She was a former resident of both Greensboro and Durham for a number of years. Mrs. Williams was a member of Hickory Mountain United Methodist Church in Pittsboro.

The service to celebrate the life of Mrs. Williams will be conducted by Rev. Bob Way at 11:00 am Saturday, June 16, 2007 from the graveside at Hickory Mountain United Methodist Church Cemetery. Friends may visit with the family immediately after the service. In lieu of flowers the family asks that memorials be directed to Hickory Mountain UMC, % Maxine Tillman, 3326 Goldston-Glennon Rd., Goldston, NC 27252, or to the charity of one’s choice.
Arrangements are under the care of Griffin Funeral Service and Cremation of Pittsboro.

Offer Condolence for the family of Katharine Mann Williams 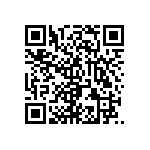