Mrs. Katharine Craig “Kathy” McCoy, 63, passed away unexpectedly on Sunday, June 19, 2011 at her home.
The funeral service will be conducted Wednesday at 2 p.m. at the First Presbyterian Church. Burial will follow in Pinewood Memorial Park.
Kathy, a native of Virginia, was currently living in Pittsboro, but called Freenville home.
She followed her husband’s career in several moves throughout NC, including Greenville for 12 years, and had recently made plans to return here in his retirement. While in Greenville, they developed many frienships and were members of First Presbyterian Church. In addition tshe was an active member of both Brook Valley and Greenville Country Clubs along with the Greenville Service League.
Kathy was a two-time surviver of breast cancer and an active volunteer for Relay for Life Outreach as well as the Susan G. Komen Breast Cancer Foundation.
She will be fondly remembered as both an outgoing and well read person. She loved learning and embraced new adventures. Her passion for gold resulted in many lasting friendships and she was quite competitive. She will be greatly missed by the many who loved her.
She is survived by her husband of 38 years, Chris B. McCoy, Jr.; daughters, Lisa M. Faulkner of Greenville and Brianne M. Massey and husband, Mark, of Rougemont; granddaughters, Hallie & Anna Ross Faulkner of Greenville and Toryn & Tyler Massey of Rougemont; brother, James L. Craig III and wife Janie, of Virginia Beach, VA; mother-in-law, Elizabeth H. McCoy of Goldsboro; sisters-in-law Ginger C. Maynard and husband, Frank, of Rocky Mount and Mary W. Phipps and husband, Wiley, of Goldsboro; and a number of nieces and nephews.
The family will receive friends Tuesday from 6 – 8 p.m. at Wilkerson Funeral Home and at other times at the home of her daughter, Lisa Faulkner.
Memorial contributions may be made to the Susan G. Komen Breast Cancer Foundation, P.O. Box 650309, Dallas, TX 75265-0309.
Online condolences at www.wilkersonfuneralhome.com.

Offer Condolence for the family of Katharine Craig McCoy 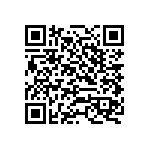