DURHAM– Karen Wilson Chamberlin died peacefully surrounded by her husband and all her sons early in the morning of Wednesday January 17, 2018. She joins her father William Preston Wilson who preceded her in death. She was 62 years of age. Her passing was eased by the excellent care she received at Hock Family Pavilion of Duke Hospice. The family especially wishes to thank Karen’s friend and former co-worker, Jean Askew for her ministry to them during this difficult time.

Karen was born November 9, 1955 in Durham North Carolina. She graduated Durham High School in 1974 and attended Erskine College before transferring to Clemson University from which she graduated with a Bachelor of Science in Nursing in 1979.

After passing her board exams she worked as nurse on the floor at Duke University Medical Center, the oncology unit at Eastern Maine Medical Center. After her marriage to Jeremiah Phelps Chamberlin in 1982 she worked in several other hospitals in North Carolina, Kentucky, and Virginia as he completed his education for ministry and pastured small churches. In Ashtabula, Ohio she began a career in home health which evolved into serving as a hospice nurse in Martin County, North Carolina. As part of Roanoke Home Care and Hospice, she was asked to oversee the start-up of a new office in Greenville which is now part of Vidant Health. After the Vidant merger, Karen was offered the opportunity to join the organ transplant team from which she retired in 2017. Karen demonstrated remarkable leadership skills throughout her career: her peers nominated her to lead them in Tennessee, Kentucky, Martin and especially Pitt Counties.

Karen was a person of great faith. She often led her patients in prayer. She gave her life to Christ in the 9th grade and shared her testimony often through the lay witness movement. While at Clemson Karen was active in Campus Crusade for Christ and evangelized on the campus. She took a mission trip with them to Hawaii. She served on the elder board at Red Oak Christian Church and enjoyed singing in the choir.

Karen left behind her husband Jeremiah, her sons Joshua, Micah, Benjamin and her step son Christopher. She delighted in her grandsons Connor and Luke Chamberlin, but especially in her grand-daughter Hannah. Hannah and her Mum-Mum had a very special bond and they shared many special times together, including their summer camps at Camp Caroline.

In lieu of flowers memorials may be made to the Christian Women’s Fellowship at Red Oak Christian Church, 1827 Greenville Blvd SW, Greenville NC 27834-7029. Make checks payable to CWF.

Offer Condolence for the family of Karen Wilson Chamberlin 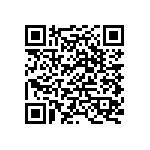