Junette Wade Arcus, 90, of Durham, died peacefully Friday, January 25, 2013, at her home. Devoted wife, mother, grandmother, teacher, and friend, she resided in Durham since December 2004, after having previously lived in Poughkeepsie, New York, for forty years.

Junette was born in Magnolia, Arkansas, to the late Rev. Junius Allen Wade and the late Ira Antionette “Nettie” Torbet Wade. She graduated Salutatorian from Magnolia High School in 1939, from Magnolia A&M in 1941 now Southern Arkansas University, and received her BS degree in Religious Education from Wheaton College in Wheaton, Illinois in 1943. Junette’s first position after graduating from Wheaton was as the secretary and Director of Religious Education at a church in the coal mining town of Williamson, West Virginia. She then went on to New York City and received a Masters of Religious Education from The Biblical Seminary in New York, NY, in 1947, later becoming secretary to the Dean at The Biblical Seminary. Junette also taught in a business school in New York City prior to marrying Alex Anthony Arcus in 1958. They were married for 52 years.

Junette was an active member, Sunday school teacher, and Elder of the First Presbyterian Church, Wappinger’s Falls, NY, before transferring her membership to Blacknall Memorial Presbyterian Church, Durham. She was previously a member and Sunday School teacher in the Methodist Protestant Church in Magnolia, Arkansas, Methodist Church of Babylon, NY, and Clinton Avenue Methodist Church of Kingston, N.Y.
Junette loved to garden and was well known for giving away bushels of tomatoes and other vegetables to neighbors and friends in Poughkeepsie and Kingston as well as caring for her roses, day lilies and peonies. She shared her love of music with her children, playing the piano and singing in church choirs. Junette also shared her love of reading and English Literature with her children and fulfilled a lifelong dream to travel around Great Britain for a month with Alex in1985.

Junette was preceded in death by her husband Alex, brothers General Horace M. Wade, Lt. Col. James E. Wade, Winston Wade and Milvean Wade; and is survived by a son, Robert, of Rochester, N.Y.; a son, David, and a daughter, Joyce, both of Durham; a granddaughter, Elizabeth, and a grandson, Alexander, both of Rochester, N.Y; and nieces, Sylvia Wade Beaver of Wesley Chapel, Florida and Sara Wade Marinaccio of Grand Island, N.Y. She also has many cousins still living in the Louisiana, Oklahoma and Arkansas.

Offer Condolence for the family of Junette Wade Arcus 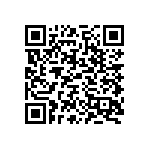