Mr. Adcock was educated in the Durham City Schools and was a graduate of the University of North Carolina at Chapel Hill. He was a veteran serving in the U.S. Army during the Korean War.

He was employed by Liggett & Myers Tobacco Company for 32 years and retired as Personnel Manager in 1991. He was of the Episcopal faith and member of St. Stephen’s Episcopal Church.

His wife, the former Mary Elizabeth Braxton, preceded Mr. Adcock in death. He is survived by his son, Kevin Adcock and wife Gale, of Cary; his daughter Karen Sherrill and husband, Paul, of Willow Spring; his brother Frederick Adcock of Raleigh and four grandchildren, the lights of his life, Jay and Alex Adcock and Megan and Jack Sherrill.

A private graveside service will be held at Maplewood Cemetery.

In lieu of flowers memorial contributions may be made to The Rex Healthcare Foundation, 2500 Blue Ridge Road Ste. 325, Raleigh, NC 27607.

Offer Condolence for the family of Julius Samuel Adcock, Jr. 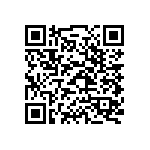