Colonel Julian Reginald Price died Tuesday at Duke University Medical Center. He was a resident of the Forest at Duke Retirement Center where he and his wife resided for the past 13 years.

Colonel Price was born in Prosperity, SC on April 26, 1916 to the late Julian A. and Corrie Black Price. He attended Newberry college and Clemson University.

Drafted into the U.S. Army in January 1941, he was stationed in Europe during World War II and also served in the Korean War. He retired from the Army after earning the rank of Colonel in February 1961.

Following his retirement, he was employed by the Army and Air Force Exchange Service PXs and BXs as operational consultant. Prior to his second retirement in June 1978, he was Director of Merchandising for eight years as well as serving as Assistant to the Commanding General for Operations of the World Wide Exchange System, headquartered in Dallas, TX.

Colonel Price was a member of the Masonic Lodge Number 326 of Columbia, SC, and St. Paul

Offer Condolence for the family of Julian Price 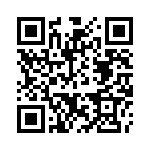