She was the daughter of Dr. William Benson McCutcheon and Julia P. (Polly) McCutcheon of Durham. Born in Richmond, Virginia, she moved to Durham as an infant, grew up on Watts Street, and graduated from Duke University Phi Beta Kappa in 1953.

In 1954 she moved to Fayetteville, North Carolina following her marriage to attorney L. Stacy Weaver, Jr., where she would devote her life to raising their three children. Throughout her life, Mrs. Warner was an involved member of Hay Street United Methodist Church, serving as President of United Methodist Women, Member of the Board of Trustees, Sunday School Teacher, Bible Class Leader, Secretary of the Administrative Board, Chairperson of the Commission on Missions, and Chairperson of the Heifer Project.

Mrs. Warner served her community through her work in the Junior League (Member and President), American Red Cross (Board Member), Fayetteville Revitalization and the Democratic Party of Cumberland County (Secretary). She served as Secretary on the first Board of Directors for Methodist University. She also maintained friendships and memberships in the Town and Country Garden Club (charter member and past president), Highland Country Club, the Assembly, the Cape Fear Assembly, and the Cotillion Club.

A memorial service will be held at 2 p.m. on Wednesday, November 8, 2017, with visitation in the parlor at 1 p.m. at Hay Street United Methodist Church in Fayetteville, N.C. On Thursday at 1 o’clock, burial will be at Maplewood Cemetery in Durham, North Carolina. In lieu of flowers, donations may be made to Hay Street Methodist Church or to a charity of the donor’s choice.

Offer Condolence for the family of Julia McCutcheon Warner 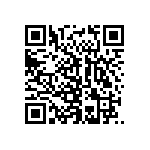