She was born on August 17, 1952 in Fairbanks, Alaska to Robin Glen Kennedy 1926-2008 and Viola Marra Kennedy 1927-2008. She spent her childhood years in Loomis, California where she later attended Del Oro High School. She continued her education at Sierra College, the University of California

Offer Condolence for the family of Juedi S. Kleindienst 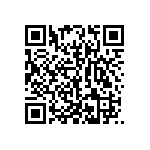