Judy was born in Newton, Massachusetts to the late R. Samuel Hudson and Barbara Knight Hudson. She graduated from Westboro HS and then studied ballet dance at Northeastern University in Boston before obtaining a Bachelor of Science degree from the University of Massachusetts at Amherst in 1977 with a double major in nursing and nutrition. She worked as a registered nurse at Cooley Dickenson Hospital in Northampton Massachusetts upon graduation and moved to Durham, North Carolina in 1981 with her husband to be, David Strong Rendall, and the two were married in the Duke Chapel October 23rd, 1982. Judy loved nursing and was a lifelong member of Sigma Theta Tau Honor Society of Nursing. Two of her greatest loves were children and animals, and she spent the last 15 years of her career in pediatrics.

Judy is survived by her husband of 32 years, David Strong Rendall, her sister Nancy Hudson, brother Peter Hudson and his wife Lucy Hudson, nephew James Hudson, step niece Catherine Mandeville and her husband John Mandeville and their children, and a number of beloved pets.

In lieu of flowers, memorial contributions may be made in memory to Judy Rendall to the Durham Animal Protection Society of Durham, 2117 East Club Boulevard, Durham, North Carolina 27704 or in memory to Judy Rendall to the Duke Children’s Hospital, 710 West Main Street, Suite 200, 27701 (where the funds will be directed to the Kohl’s Bull City Fit to promote healthy eating and fitness for pediatric aged children).

A celebration of Judy’s life will be held Saturday at 11 a.m. at Duke Memorial United Methodist Church in Durham, North Carolina on September12, 2015 with The Rev Dr. Carol Gregg officiating and with a reception to follow from 12-1. Judy will be buried in a family service following the reception in Chapel Hill Memorial Cemetery.

Offer Condolence for the family of Judith “Judy” Anne Rendall 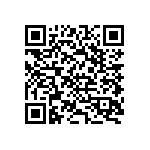