She was born in West Durham on May 10, 1935 to the late George Oscar and Eula Victoria Thompson.

A graveside service will be held Monday at 10:00 AM at Oak Grove Memorial Gardens, Durham.

Flowers are acceptable or donations may be made to the NC Jaycee Burn Center, 101 Manning Drive, CB#7600, Chapel Hill, NC 27514, in care of Chaplain Shirley Massey.

Arrangements are under the care of Hall-Wynne Funeral Service. Online condolences www.hallwynne.com

Offer Condolence for the family of Joyce Thompson DeHart 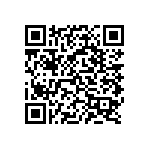