She was born December 3, 1915 in Atlantic, NC, and was the daughter of Daily Maxton Fulcher and Lovie Frances Mason Fulcher. She was married to Philip Ray Jackson, originally from Guilford Co., NC, for 66 years, from their wedding on June 20, 1936, in Washington, NC until his death on November 27, 2002 in Pittsboro.

Joyce Jackson earned a Bachelor of Arts degree from the University of North Carolina at Greensboro and a Master of Education degree from the University of North Carolina at Chapel Hill. Joyce ran a small flower shop in Pittsboro for a few years. Afterwards, she served as a school teacher in the Chatham County Public School System, primarily at Horton Middle School in Pittsboro. Among Joyce’s many hobbies were growing flowers, reading books, making quilts and traveling with her husband in their motor home.

A memorial service will be held at Pittsboro Baptist Church at 2:00 pm, Wednesday, March 19, 2008. In lieu of flowers, the family requests that memorial gifts be sent to the Chatham County Council on Aging, PO Box 715, Pittsboro, NC 27312. Online condolences to: www.griffinfuneral.com, Select Obituaries. Arrangements are under the care of Griffin Funeral Service and Cremation of Pittsboro.

Offer Condolence for the family of Joyce Fulcher Jackson 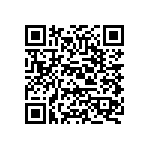