A graveside service will be held to celebrate the life of Josiah Stockton Murray III on Saturday, January 20, at 11AM at Maplewood Cemetery, section 9. The Reverend Robert K. Kaynor will officiate.

Joe was born in Durham, NC to Josiah Stockton Murray, Jr. and Irene Kornegay Murray. Joe’s father, along with other members of the Murray family, owned and operated Durham Brazing and Welding Works, whose original building still stands on Roney Street. The Murrays first lived on Vickers Avenue and later moved to the John Spencer Bassett house on Buchanan Boulevard. They were members of Trinity Methodist Church.

After attending Calvert Method School (now Durham Academy), in 1953 Joe graduated from Durham High School and in 1957 from the University of North Carolina at Chapel Hill, where he was a member of Beta Theta Pi and elected to Phi Beta Kappa and Beta Gamma Sigma. Upon graduation from Harvard Law School in 1961, Joe began his legal career with the prominent Durham firm Fuller Reade Umstead and Fuller, which later became Newsom Graham Strayhorn Hedrick Murray and Bryson, and is now Hedrick Murray Bryson Kennett and Mauch. He also spent a number of years as senior vice president and general counsel for Liggett Group.

Joe loved the North Carolina Tar Heels, his rose gardens, Durham and NC history, travel, cars, and all animals, especially dogs. He served on the Caring House Board of Directors and was a member of the Durham Rotary Club, Associated Investors of Durham, Hope Valley Men’s Cotillion, Durham Sports Club, and the Harvard Club of New York City. In recent years, he enjoyed attending St. Stephen’s Episcopal Church. Joe was honored to be presented with Durham Academy’s Distinguished Alumni Award in 1991.

Joe is survived by his best friend and partner of the last 15 years, Elizabeth Patterson, as well as her son and his wife, Lee and Lucy Patterson, and their children Lila and Davis, whom he adored as if they were his own grandchildren.

Predeceased by his parents as well as a sister, Cornelia Murray McCuiston and her husband Robert Alexander McCuiston, Jr., of High Point, Joe is also survived by his beloved nephew, nieces, and their spouses: Rob and Wanda McCuiston of Raleigh, Connie and Don Lawson of High Point, Margaret and Stan Gall of Kingsport, TN, Patricia and Phillip Hege of Durham; as well as four great-nieces, a great-nephew, and a great-great-nephew. Many cherished cousins and friends also survive, as does his adored soft-coated wheaten terrier, Lexington.

In lieu of flowers, donations may be directed to an organization whose work Joe greatly admired: Durham Rescue Mission, PO Box 11858, Durham, NC 27703.

Offer Condolence for the family of Josiah Stockton Murray III 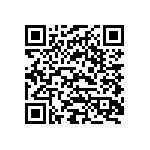