OXFORD:  Joseph “Joe” Eugene Jones, age 71, died Saturday, October 11, 2014.  A Native of Madison County, IL he was the son of the late Quincy Wallace Jones and Emma Waggeman Jones.  He was a member of West Oxford Baptist Church, where he did a lot of work in and around the church and a member of the International Association of Machinists and Aerospace Workers.

Funeral services will be conducted at 11:00AM on Tuesday, Oct. 14, 2014 at West Oxford Baptist Church by Reverend Wes Garner, Jr.  Burial will follow in Meadowview Memorial Park.

Visitation will be from 9:30 until 11:00 AM in the fellowship hall of the church, prior to the service.

Flowers are accepted or memorials may be made to West Oxford Baptist Church, PO Box 458, Oxford, NC 27576.

Offer Condolence for the family of Joseph “Joe” Eugene Jones 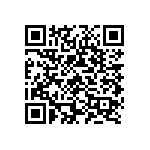