Joseph Giovannetti Walsh, age 94 died on November 18, 2016 in Durham, NC. Mr. Walsh was born in Washington, DC on September 14, 1922, the son of Joseph Gleason Walsh and Elvira Giovannetti Walsh. During World War II, he worked on munitions development and attended college, graduating with a Bachelor of Aeronautical Engineering degree from the Catholic University of America in 1947.

He worked for 30 years for Grumman Aerospace on Long Island where he had several careers: airplane performance engineer, assistant to the Chief Engineer, Manager of Facilities and Site Activation for the Lunar Module (which landed men on the Moon) and finally in manufacturing administration. After retiring, he and his wife Dorothy lived and sailed aboard Resolute for a few years. He then worked from 1981 to 1985 at Kennedy Space Center as project engineer on the Space Shuttle.

After another couple years sailing aboard Adventurer, Joseph and Dorothy moved to Washington, NC for 10 years where he was active with Mother of Mercy Church, the yacht club and other civic affairs. He and Dorothy enjoyed traveling all over the world. After Dorothy’s death he moved to St Augustine, FL where he volunteered with the Learn to Read program, the Southeast Library, Grumman Retiree Club and as a director of the Conquistador Condominium Association. In 2012, Mr. Walsh moved to a retirement community in Durham, NC where he established the Socrates Café, a weekly philosophical discussion group and was head of the safety committee. He also directed an abridged version of H.M.S. Pinafore, with fellow retirees as actors. He was a member of Holy Infant Catholic Church. Mr. Walsh was a licensed airplane pilot and a USCG licensed captain.

A memorial service and interment will be in Washington, NC at a later date.

The Captain has set sail, bound for freer lands and adventure. The wind and the tide are with him. The crew all love him, and he has always loved them.

Offer Condolence for the family of Joseph G. Walsh 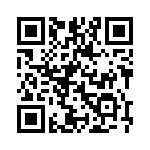