Mr. Lowe was a Durham County native, born July 5, 1917 to Edward and Lila Durham Shipp Lowe. He was raised in the Lowes Grove community, and was a member of Lowes Grove Baptist Church.
Mr. Lowe served in the US Army during World War II, and was retired from Exxon-Mobil.

He is survived by his wife, Vivian Buck Lowe; daughters and sons-in-law, Jo Ann and George Mason of Pittsboro, and Kay and Michael Rierson of Houston, TX; two grandchildren, and one great-grandchild.

The funeral service will be held at 11:00 am Thursday, December 31, 2009 at Lowes Grove Baptist Church in Durham with the Reverend Forrest Gale presiding. A reception where friends may visit with the family will be held in the church fellowship hall immediately after the funeral service. Mr. Lowe will be entombed in the mausoleum at Woodlawn Memorial Gardens.

Offer Condolence for the family of Joseph Edward Lowe 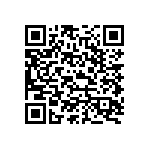