Joseph Brodie Newton, of Oxford died on January 7, 2017.  He was a native of Granville County and the son of the late Victor and Josephine Overton Newton. He is survived by his wife Shirley Harris Newton and his sister Jo Ann Newton Elliott.  Joseph is also survived by other loving friends and family.

Joseph was a lifelong resident of Granville County.  He was a veteran of the US Marine Corps and worked in the Tobacco Industry as a Tobacco Grader for many years.

A private graveside funeral service will be held on in Elmwood Cemetery at a later date.

Offer Condolence for the family of Joseph Brodie Newton 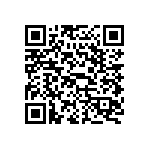