Joe was born in Hartford, CT on February 28, 1942, the son of Anthony Pandiscia and Mary DeFrancesco Pandiscia. He lived for a number of years in Newington, CT, then ten years in Westbrook, CT. Following declining health, he resided in Farmington, CT for two and 1/2 years, until his move to NC one month ago.

Joe was an administrator in the banking industry in Connecticut before his retirement. After retiring he volunteered at the Knights of Columbus in Westbrook, CT. A lifelong Catholic, Joe was an avid sportsman, especially enjoying skiing and golf. He served in the National Guard, and was a long time fan of the NY Yankees. Most importantly, Joe was proud of his three sons.

Survivors include his wife Patricia C. Pandiscia of Cary, NC; his sons, Anthony “Tony” Pandiscia and wife Angela, and their children Derek and Jillian, of Cary, Christopher Pandiscia and partner Andrea Brower of Milford, CT, and Joseph “Jay” Pandiscia of Lakewood, CO; his sister Deborah Sullivan and her husband Brian of Berlin, CT; as well as nieces and nephews.

Following cremation, a memorial service to celebrate Joe’s life will be held at a time yet to be determined.

Offer Condolence for the family of Joseph Anthony Pandiscia 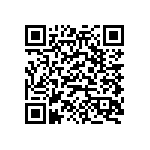