Jonas McCoy Austin, age 90, died Friday in Durham Regional Hospital. He was born August 30, 1914 in Alexander County, NC to Oma Elizabeth Hall and Jonas Partee Austin. He attended school in Bethlehem Community, then as a young man joined the Civilian Conservation Corps at Camp Butner during WW II. Mr. Austin began his career as an electrician, and later became an electrical contractor. He was co-owner of Carolina Electric Co. from 1956 until retirement in 1980.
Mr. Austin was a member of St. Paul

Offer Condolence for the family of Jonas McCoy Austin 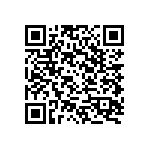