John Woolf Rider passed away Wednesday, April 20, 2016 following a long illness. John, originally from Idaho, lived with his family in Durham, NC since 1972.

He was a talented musician who started his own dance band in 8th grade and continued performing for the next 50 years. John loved serving in the Boy Scouts and especially in his local congregation of The Church of Jesus Christ of Latter-day Saints. Those blessed to have crossed paths with John knew him as an example of grace and kindness. He loved people and had concern and interest for all. He made us laugh and feel good.

Surviving John are his wife of 54 years, Carol; four children, John, Julie, Jackie and James; seventeen grandchildren; and five great-grandchildren. John is also survived by his brother, Ritchie; his sister, Vicki and many other extended family and friends.

The family will receive friends for visitation at The Church of Jesus Christ of Latter-Day Saints, 3902 Berini Drive, Durham, NC, on Saturday, April 30, 2016 at 10:30 AM with the funeral service commencing at 12:00 PM. A private cremation service will be held at a later time.

The Rider family is under the care of Hall-Wynne Funeral Service.
For online condolences: www.HallWynne.com, select Obituaries.

Offer Condolence for the family of John Woolf Rider 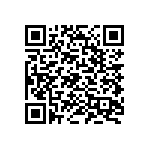