John William Brewer, Jr., age 88, died the evening of March 27 after a period of declining health. Mr. Brewer was a native of Chatham County and moved to Durham at an early age. He was the son of the late John W. Brewer and Eva Coleman Brewer. John was a veteran of WW II, serving as a first sergeant in the U.S. Army in campaigns in New Guinea and the Philippine islands. His decorations included the Bronze Star, the Philippine Liberation Metal, Pacific Campaign Medal and Combat Infantryman

Offer Condolence for the family of John William Brewer 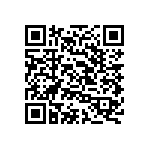