John was born in Melrose, MA, the fifth of eight children, and moved to Virginia in 1938, when his father went on active duty with the U. S. Army. He attended school in Alexandria VA and Washington DC. He married Nancy Pyle on December 31, 1954. John graduated from Drury College, Springfield, Missouri, in 1955 and Bexley Hall, Kenyon College, Gambier, Ohio, in 1959. Ordained as an Episcopal priest in 1959, he served St. Philip the Apostle Episcopal Church in Cleveland OH, Grace Episcopal Church in Willoughby OH, Trinity Episcopal Church, Columbus OH and Pershore Abbey, Pershore, Worcester, England.

John enlisted for two years in the U. S. Army in 1952, was stationed in Germany, and moved to the Reserves for 5 years. Upon ordination, he joined the 107th Armored Cavalry Regiment, Ohio Army National Guard in Cleveland OH in 1960. He was Senior Regimental Chaplain during the Cleveland Hough area riots in 1968, Ohio truck strikes in 1970 and the student riots at Kent State. In 1986, John was appointed Ohio National Guard State Senior State Chaplain and moved to Columbus, OH until his retirement in 1991, working mainly in support of National Guard units deploying for Operation Desert Shield.

After retiring from both the active ministry and National Guard in 1991, he and Nancy moved to England for a year, where he served as interregnum at Pershore Abbey, near Worcester. Returning to Pittsboro in 1992, he was told by the bishop that he wasn’t old enough to retire, so he served St. John’s Episcopal Church in Henderson NC for nine years and St. Bartholomew’s Episcopal Church in Pittsboro NC until his death. He was a member of the Chatham County Historical Association, Kiwanis, the Royal British Legion, the Retired Officers Association and the Military Chaplains Association, among others. He enjoyed politics, especially church politics, any kind of history, and helping persons in need, particularly the hungry through the local food bank, CORA.

Online memorials: www.griffinfuneral.com, Select obituaries. Arrangements are under the care of Griffin Funeral Service of Pittsboro.

Offer Condolence for the family of John Whiton Simons 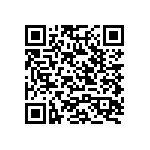