John Thomas Clouse, 82, passed away in the early morning of Tuesday, June 3, 2014, at Cambridge Hills Assisted Living in Pittsboro, North Carolina.
John was born to George and Elsie Clouse in Murdock, Kansas on August 24, 1932. He served in the Air Force from 1953 to 1957 and spent time stationed in Japan. In the 1960s and early 70s he worked for Bendix Corporation at NASA satellite tracking stations in Kano Nigeria, Madagascar, Antigua British West Indies, Ascension Island, Alaska, and California. While in Kano, Nigeria, he married Mary Smith, a Peace Corps volunteer from Gasport, NY, on March 30, 1964.
From 1974 to 1977, John and Mary Clouse joined the Lay Mission Helpers organization of Los Angeles and taught shop and English at the Ponape Agriculture and Trade School PATS, a Jesuit-run high school for boys on the island of Pohnpei, Micronesia. At the time, Pohnpei was a United States Trust Territory and the high school was accessible only by boat, mail, and telegram.
Upon their return to the United States, the Clouses settled on a layer chicken farm south of Pittsboro and raised chickens into the 1980s. After ceasing chicken farming, John worked at Carolina Meadows retirement community, Governors Club, and the Sanford Municipal Golf Course.
John loved animals and besides chickens raised cattle, pigs, sheep, goats, rabbits, and two pet deer, Gus and Gigi. With the help of the American Minor Breeds Conservancy now the Livestock Conservancy in Pittsboro, the Clouses built a small herd of Dexter cattle, at the time a rare breed. John had sheared sheep in his youth and revived this work in his later years. He sheared sheep at many small farms around North Carolina and also sheared the UNC Chapel Hill school mascot, a horned Dorset ram named Rameses.
Survivors include his wife Mary Clouse of Pittsboro; son David Clouse and spouse Rachel Clouse of Moncure, NC, son Doug Clouse of New York City, and son Ronald Clouse of Charlotte, NC. John has two grandchildren, Meredith and Marissa, daughters of David and Rachel. In Kansas, John is survived by his brother Gilbert Clouse and spouse Pat Clouse of Hutchinson, as well as sister-in-law Ruth Clouse of Kingman, brother-in-law John Green of Murdock, and many nieces and nephews. John’s niece Kathy Spitz and family, of Chapel Hill, NC, shared many good times at the farm in North Carolina. The Clouse family is grateful to the generous caregivers and neighbors who helped John at the end of his life.
John attended St. Thomas More Catholic church in Chapel Hill, NC and was an honorary life member of the Knights of Columbus. A funeral mass will be held at St. Thomas More at 11:00am on Saturday, June 7, 2014, followed by placement of his ashes into the St. Thomas More columbarium. Flowers may be sent to Hall-Wynne Funeral Services in Pittsboro 919-542-3057 or donations may be made to St. Thomas More http://church.st-thomasmore.org/giving or the CORA Food Pantry of Chatham County http://corafoodpantry.org/donate/, in memory of John Clouse.
Flowers may be ordered through Blossom Floral Artistry -919 545-2837 http://www.blossomartistry.com/

Offer Condolence for the family of John Thomas Clouse 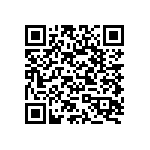