John was employed by Farmers Dairy in Chapel Hill which became Long Meadow Farms, and then became Flavor Rich in 1978 where he retired as credit manager. John later worked several years for Brad and Gray Moody. John served his country with pride during World War II with the Army Air Corp stationed in England; he obtained the rank of Sergeant.

The funeral service will be held at 2 pm Monday at Hall-Wynne Funeral Home in Pittsboro with Ernie Keck, pastor of Damascus Congregational Christian Church presiding. Interment will follow in Mt. Pleasant UMC Cemetery. Friends may visit with the family from 12:45 – 1:45 pm Monday at the funeral home and at other times at 715 Hatch Road, Chapel Hill.

Memorials may be sent to either St.Jude Children’s Research Hospital, or to the charity of one’s choice.

Offer Condolence for the family of John Robert Sturdivant 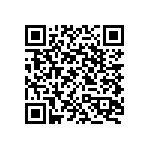