He is survived by his daughter, MaryAnne Charlton and husband, Charles of Sarasota, FL; his son, J. Robert Mitchell, Jr. of Lafayette, IN; four grandchildren, Charles Michael Charlton, John Robert Charlton, Elisha Dawn Grigsby, and Jenna Rebecah Faulkner, and six great grandchildren. He was preceded in death by his wife Marie of 65 years and daughter-in-law, Brenda D. Mitchell.

Bob was a veteran of WWII, graduated with an Electrical Engineering degree from the University of Kentucky, worked for the Illinois Central Railroad Chicago, IL and Union Carbide Parma, OH. He was an avid investor and enjoyed gardening and traveling.

A Funeral Service will be offered 2:00 PM Monday, March 19, 2012 from The Few Chapel at Croasdaile Village, 2600 Croasdaile Farm Parkway, Durham, NC 27705. Burial will follow at Montlawn Memorial Park in Raleigh.

The family will receive friends from 1:00-2:00 PM prior to the service at The Few Chapel at Croasdaile Village.

In lieu of flowers memorial contributions in Bob’s name may be made to the American Cancer Society, P.O. Box 22718, Oklahoma City, OK 73123 or the Croasdaile Village Benevolent Fund at 2600 Croasdaile Farm Parkway, Durham, NC 27705.

Offer Condolence for the family of John Robert Mitchell, Sr. 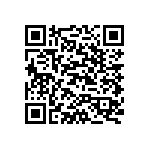