John Wait died April 10, 2019, at his home in Fearrington Village, near Chapel Hill, North Carolina. He was 94 years old. He was born on Thanksgiving Day, November 28, 1924, in Johnstown, Pennsylvania, the middle son of Edgar F. Wait and Lulu (Meyer) Wait. He spent most of his childhood in Detroit, Michigan, where his father was an executive at Ford Motor Company. During his senior year of high school he enlisted in the U.S. Army Air Force and he spent his war years in India and Burma, serving as a weatherman for flights over “The Hump.” After the end of WWII, he graduated from Lehigh University in 1949, marrying Jane Nesbit Shoemaker on September 14, 1948, while still a student. Upon his graduation they moved to Detroit, Michigan, where John worked at both the Ford Motor Company and Burroughs Corporation. Upon retirement, they moved to Fearrington Village in 1984.

John was the kindest of men with an indomitable spirit and generous heart. He was very involved with Fearrington Village, serving as a founding member of the Stay Put organization, which later turned into Fearrington Cares, and is also reported to have coined the moniker for the Gathering Place. John was also a Master Gardener, a lover of birds, and a dedicated farm tour goer. He had a deep appreciation of humor and a love of a good quote. He will be missed greatly by many after a long and happy life.

John is survived by: two daughters, Susan (Tom Gideon) of Whidbey Island, Washington, and Catherine (Kenneth Williams) of Granville, Ohio; grandchildren, Joan (Robert) Drew of Granville, Ohio, Eric (Shanna Grose) Gideon of Seattle, Washington, and Anne (Ely) Rau of Newark, Ohio; and, two great grandchildren, May and Henry Drew. He is also survived by a brother, William Wait of Georgetown, Texas. He was preceded in death by his wife Jane of 65 years, brother Edgar, and his parents.

John’s family would like to extend their deepest appreciation to his wonderful in-home caregivers, especially Shawn, and the exemplary staff at UNC Hospice. In lieu of flowers, memorials may be made to UNC Hospice. A memorial will be held at a later date in Fearrington Village, with interment to follow at the family plot at the Grandview Cemetery in Johnstown, Pennsylvania.

Offer Condolence for the family of John Richard Wait 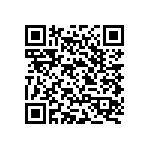