He was educated in the Norfolk Public Schools, Severn Schools, in Severna Park, Mad. and loved baseball. He was the first pitcher to have his name engraved into the Norfolk, VA “No Hit, No Run” Hall of Fame Book in 1931. Randolph attended the University of Virginia and majored in engineering but had an interest in aeronautical engineering and design. While in college, Randolph received his private pilot’s license and worked summers at Glen Martin Aircraft Factory.

From 1935-1939 he served in the Naval Reserve. In 1941 he was drafted and commissioned in 1942 into the US Army. He served with the French Army in northern Africa also US Army 3rd Infantry Division in the European Theater. Randolph was discharged in 1946 and recalled in 1951 for the Korean conflict and served as advisor with the Korean Army. He was discharged in December 1952.

He was a distinguished Past President of the Tobaccoland Kiwanis Club of Durham with 36 years of perfect attendance; Past President Durham Blue Devil Club; Past Director of local Jaycees; Cancer Society, Arthritis Society; Sales and Marketing Executive Club and Salvation Army. He was also the Past Chairman of Duke-Durham Fund; Past Chairman of Roanoke Island Historical Association RIHA Annual Fundraiser; and Membership Drive for NC and VA. Randolph was also a charter member of Iron Dukes.

Randolph was involved in many professional and associate memberships and clubs. He was a member of Phi Gamma Delta Fraternity; Life member U Virginia Alumni Association; Life member of RIHA; Thomas Jefferson Society of VA; Past Commander of the American Legion and VFW Posts; Past President of the Independent Insurance Agents of Durham; Past President of the Durham Blue Devil Club; and Past Director of The Caring House.

He was a longtime member of Trinity United Methodist Church of Durham. Randolph served in capacities including Past President Julian S. Carr Bible Class; Past Chairman of Official Board; Past delegate to Annual NC Methodist Conference; and Past Chairman of the Boy Scout Church Cite.

Randolph was inducted into the Severn School’s Athletic Hall of Fame. A member Emeritus of the Citizens Board of the Duke Comprehensive Cancer Center; Past Chairman of the NC Advisory Cite charged with responsibility to plan and implement the daily events for the celebration of the 400th anniversary of the “Birth of Virginia Dare” on Roanoke Island in 1987; Hosted US and International dignitaries at Nags Head house. He was given one of three certificates of “The Legal Record of Birth of Virginia Dare” signed by President Roosevelt and other dignitaries.

Family meant most of all to Randolph , and he also enjoyed church, DCCC, fishing, hunting, golf, work shop, sporting events, reading and traveling.

Graveside services will be held 11:00AM at Maplewood Cemetery.

Offer Condolence for the family of John Randolph Coupland, III 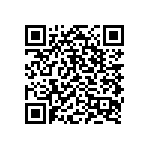