John Randolph Carpenter
April 11, 1945 – November 20, 2014
Rann Carpenter, 69, passed away on November 20 after a courageous battle with cancer. Born in Gastonia, NC, he was the son of the late Virginia Ragan Carpenter and Donald S. Carpenter, Sr. He is survived by his wife of 47 years, Nancy A. Carpenter; two daughters, Ragan Carpenter Anderson and Mary Randolph Carpenter and brother, Donald S. Carpenter, Jr. After childhood in Shelby, NC, the family moved to Charlotte where he graduated from Myers Park High School. He attended East Carolina University joining Kappa Alpha Order. He graduated, with honors, from Elon University with a BA in Political Science. Rann served in the US Coast Guard Reserve. For four years he was a Special Agent, as well as Organized Crime Agent, with the NCSBI. For the next nineteen years, he worked for Potash Corp (formerly Texasgulf) first as Mgr. of Public Relations and Governmental Affairs in Aurora and later, Dir. of Public Affairs in Raleigh. After retiring from PCS, he served as CEO of the NC Pork Council. He was a past member of several Boards including The NC Agribusiness Council, Center for Public Policy Research and ECU Board of Visitors. He served as V. Chair of the Manufactures and Chemical Industry Council of NC and past President of the Washington Rotary Club. Rann was awarded the Order of the Long Leaf Pine by former Governor James G. Martin.
He was a member of St. Francis by the Sea Episcopal Church in Salter Path, NC. Burial will be in the family plot in Sunset Cemetery, Shelby. Memorials may be made to Duke HomeCare & Hospice, 4321 Medical Pk. Dr. S-101, Durham, NC 27704 or online: dukemedicine.org/giving.
Arrangements are entrusted to Hall-Wynne Funeral Service, Durham. Online condolences at www.hallwynne.com

Offer Condolence for the family of John Randolph Carpenter 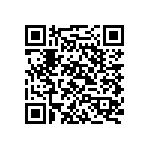