John Quentin Anderson, age 76, died peacefully in his home on Saturday, October 20, 2012 after a courageous battle with ALS Lou Gehrig’s Disease. A Durham native, John was born to the late Kenneth and Myrtle Smith Anderson on October 3, 1936.

John graduated from Durham High School in 1956 and then served in the U.S. Navy from 1958-1960 aboard the USS Wren DD568. He worked on the Durham Police Dept. until 1973 and then went into the insurance business where he retired from American General Life and Accident Insurance Company.

John was a long-time member of Immaculate Conception Catholic Church and the 50 plus group. He also was a member of the American Legion Post #7 in Durham.

A Mass of Christian burial will be held 10:30 a.m. Wednesday, October 24th from Immaculate Conception Catholic Church. A reception will be held after the mass in the gathering space followed by burial with military honors in Maplewood Cemetery.

The family wishes to express their heartfelt appreciation for the wonderful care provided by Duke Hospice staff members, Beth Plonk and Carla Gittens.

Arrangements for the Anderson family are under the care of Hall-Wynne Funeral Service in Durham. On-line memorials: www.hallwynne.com. Select obituaries.

Offer Condolence for the family of John Quentin Anderson 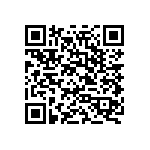