John lived in Chapel Hill with his family until his graduation from East Chapel Hill High School in 2004, where he was a member of the improv group and choir. He played guitar at local coffee shops and, as a senior, delivered the memorable graduation speech, “East, Rising Above Weaver Dairy like Yeast” in verse. He graduated summa cum laude with a B.A. in Psychology and Spanish in 2008 from Tufts University; he completed a senior honors thesis in Psychology and was awarded the Constantine Ghikas Prize for excellence in the study of Romance Languages. One of his greatest joys at Tufts was participating in the student percussion group B.E.A.T.s. He received a Master of Arts in Psychology from the University of Southern California in 2011 and was working toward a Ph.D. in Clinical Psychology. A fluent speaker of Spanish, John traveled abroad to Chile and Mexico, where he studied language, culture, and psychology and worked with local communities. John was full of life and brought so much joy to those who were blessed to know him or meet him. He was a devoted son, brother, uncle, and friend.

A Mass of Christian burial will be offered 10:30 AM Saturday, November 19, 2011, at Immaculate Conception Catholic Church with Father Dan McLellan, OFM, presiding. Burial will follow in Chapel Hill Cemetery.

Friends may visit Saturday morning from 9:00-10:30 AM in the gathering space of Immaculate Conception Catholic Church prior to the mass.

Flowers are acceptable or contributions may be made to the Food Bank of Central and Eastern North Carolina, where John enjoyed volunteering, at 3808 Tarheel Drive, Raleigh, NC 27609.

Arrangements for the Keefe family are under the care of Hall-Wynne Funeral Service in Durham.

Offer Condolence for the family of John Paul Keefe 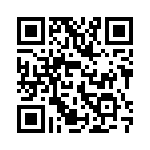