John P. Robinson, 90, passed away Saturday, September 28, 2013 at his home in Durham, NC. He was born in Ashtabula, Ohio, the son of Helen Price Robinson and Russell King Robinson. As a youth, John worked a paper route, was active in the YMCA, church league basketball, and civic projects. He was a graduate of Ashtabula High School. He participated in many clubs, the school newspaper and was manager of the H.S. basketball team.

John served on many boards and committees in the First Methodist Church and led the building committee in the addition of the Christian Education building. He was a Scoutmaster with Boy Scouts of America. John was also a member of the Rotary, Toastmasters and the Elks.

John entered Ohio Wesleyan University in 1941 and was a member of the Phi Gamma Delta social fraternity. His college education was interrupted when he was called to service in WWII as an infantryman serving in Italy, and was at Anzio Beachhead with the 45th Div. John returned to OWU and completed his degree in 1949. John then returned to Ashtabula to manage, with his brother Milton, the M C Robinson Co. He also worked at Bestwall CertainTeed, Palmer Steel Supply, and at Duke University in the Staff and Student Transportation department as a driver and dispatcher until he retired in 2011.

John married Dorothy M. McMahon in Ashtabula, OH. They were very family oriented and John enjoyed his growing family very much. He was an avid reader and had a passion for writing. He worked daily at crossword puzzles and was an accomplished bridge player.

John was preceded in death by his wife Dorothy in January, 2000 and by his brother, Infantry Lt. Russell Robinson, in April, 1945, KIA in Europe.

Interment will be held in Edinboro, PA. The family will host an informal Memorial Service November 2, 2013 for information please contact Cal Robinson at 814-734-3865. In lieu of flowers, donations may be made to the Durham Library Foundation. In memory of John Robinson. PO Box 3809, Durham, NC 27702 Attn: Alice Sharpe – 919-560-0193 – Memorials will be used for Durham County Library Bookmobile and Outreach Services.

John was honest, gracious and loving – a husband, father, and friend to all. Online condolences at www.hallwynne.com. Select obituaries.

Offer Condolence for the family of John P. Robinson 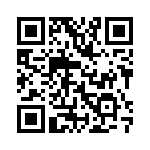