John Moore Ruth, 90, passed away in the early morning of Saturday, June 7, 2014, at Washington Adventist Hospital in Tacoma Park, MD.
Mr. Ruth was born to the late Thomas Cook Ruth and Lorena Moore Ruth on May 26, 1924 in Chatham County, NC. He received a Doctorate’s of Science in Chemistry from The University of North Carolina Chapel Hill and spent the early part of his life working on nuclear weapons projects in Oakridge, TN and Los Alamos, NM. He would eventually settle in College Park, MD working in agricultural labs for the U.S. Government around Washington, D.C. John was a scholar who authored numerous papers and scientific articles. One of his finest achievements was serving as President of The American Chemical Society.
In addition to his parents, John was preceded in death by two brothers, “T.C.” Thomas Cook Ruth and Donald Ruth; his sister, Joy Ruth Burke; and his niece Kay Peedin.
Survivors include his brother, Gilbert “Gib” Ruth and his wife, Linda of Pittsboro, NC; his niece, Sue Cagle and her husband Butch of Toms River, NJ; three great-nieces, Jennifer Bodnarchuk, Stephanie Cagle and Taylor Ruth Peedin; and a great-great-nephew Nathan Bodnarchuk.
The family would like to convey their gratitude to Mr. Bill Eby and family for the many years of great friendship with John Ruth.
A funeral service for Mr. Ruth will be held graveside at 2:00PM, Thursday, June 12, 2014 in the Moses-Ruth cemetery in Pittsboro, NC.

Offer Condolence for the family of John Moore Ruth 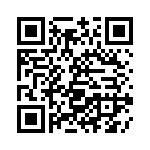