Dr. John Michael Yates, age 76, of Chapel Hill, NC, formerly of Shelby, NC, died on March 6, 2013.
Born on December 20, 1936, in Malton, Yorkshire, England, he was the son of the late John and Joan Leslie Yates.
He is survived by his loving wife of forty eight years, Eilean Donan Yates, and daughters and their spouses, Julie Yates and Ken Davis of Chapel Hill, NC, and Susan and Bob Calton of Charlotte, NC. He is also survived by his grandchildren, Andrew Yates Calton and Graham Allen Calton and his step grandchildren, Ryan Thomas Davis and Sean Patrick Davis.
Mike attended Archbishop Holgates Grammar School in York, England. He received his B.Sc degree in Chemistry from Sheffield University in 1961, and his PhD in Physical Chemistry, also from Sheffield, in 1964. He worked for ICI Fibers Division in Yorkshire, England, before transferring to the U.S. in 1976, where he was employed as a chemical engineer at Fiber Industries in Shelby, NC, until his retirement in 1996.
Mike was an avid bridge player, achieving the rank of bronze life master. He was a regular attendee of the Shelby Duplicate Bridge Club.
During his retirement, Mike enjoyed travelling the world pursuing his passion of chasing solar eclipses, visiting the North and South Poles, Australia, the South Pacific, Africa, and South America.
Mike and Eilean enjoyed Scottish country dancing and were regular participants at local highland games.
The family would like to express their appreciation to the NC Cancer Hospital and UNC Hospice for the care they provided.
A memorial service will be held at 2pm on Saturday March 9, 2013, at Shelby Presbyterian Church in Shelby, NC. Family will receive friends following the service in the fellowship hall.
In lieu of flowers, memorials may be made to NC Cancer Hospital, UNC Hospice or CaringBridge .

Offer Condolence for the family of John Michael Yates 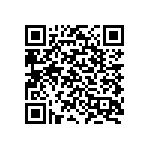