John McLaughlin October 14, 1936 – November 18, 2014 Fearrington    Born in Milwaukee, WI on October 14, 1936, to J. Gerald and Erna Timm McLaughlin, John Bruce McLaughlin passed away at home, peacefully, surrounded by his family, in the warmth of the morning sun on November 18, 2014.   In between, he led a full and adventurous life, devoting himself energetically to his wife, children, and friends.   Together with his older brother Robert and twin brother Jim, John grew up in Whitefish Bay, WI.  He graduated from Whitefish Bay High School in 1955, and from the University of Wisconsin at Madison in 1959.  An ROTC cadet, John joined the U.S. Army in 1959, rising to First Lieutenant in the Medical Service Corps.  Before his discharge in 1963, he was stationed in Germany throughout the Berlin crisis.   John started his international trade career with Cargill Inc., advancing through a number of positions and locations before moving on to Pillsbury in Minneapolis, Red River Commodities in Fargo, Imperial Commodities in London, and the Minneapolis Grain Exchange.  He retired from the Minnesota Trade Office in 2005.  Over the course of their marriage, John and Shirley lived in Virginia Beach, VA; Boise, ID; Ogden, UT; Portland, OR; Los Alamitos, CA; Sylvania, OH; Wayzata, MN; Fargo, ND; Ashtead, Surrey, UK; Golden Valley, MN;  and, in retirement, Fearrington, NC.   An avid reader, John was a man of broad interests.  He was a world traveler before it was common, doing business starting in the 1970s in places ranging from Libya and Algeria to China and Hong Kong to Malaysia and Indonesia to Guatemala and El Salvador.  He was a lifelong swimmer:  a member of his high school varsity swim team, an avid bodysurfer, and in recent years a poolside regular at the Fearrington Swim and Croquet Club.   John is survived by his wife Shirley Medley McLaughlin of Fearrington;  his daughter Meg of Oakland, CA;  his son Andrew, daughter-in-law Cindy, and grandsons Milo and Alastair of Brooklyn, NY;  his brothers Robert and Jim;  his much-loved nieces Jessica and Julia and nephew James;  and his many beloved Medley in-laws.

Funeral services will be held at 3pm on Saturday, November 22, 2014, at the UNC Newman Center Catholic Parish, in Chapel Hill.  Visitation with the family will take place beforehand, from 2-3pm.   In lieu of flowers, memorial contributions may be made to Chatham Habitat for Humanity, where John was an active volunteer, or UNC Hospice, which provided remarkably compassionate care throughout his final days.

Offer Condolence for the family of John McLaughlin 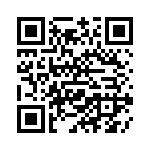