John Marvin Robertson, 74, of Durham, NC passed away on Friday, August 31, 2018 at Duke Medical Center surrounded by his family. John was born in Richmond, Virginia on June 24, 1944 to the late Catherine Inez Fields and Leonard Marvin Robertson.
John was a graduate of Garner High School class of 1962. He joined the United States Army in 1966 where served in the Vietnam War as a MedEvac, Specialist 4. John attended Campbell University where he received a B.S. in Biology in 1970 and went on to attend East Carolina University from 1974-1977.
After leaving the Army, John worked for Searle Pharmaceuticals. From 1974 to 1984 John was the Executive Director of the Mid-East Commission – Region Q, a local government planning agency in Washington, NC. He then worked for Talbert, Cox and Associates before joining the Duke Medical Center Facility Planning, Design and Construction office, where he was a project manager from 1989 until his retirement in 2004.
He is survived by his wife, Theresa Robertson, and his two sons Todd Robertson, Chad Robertson and his wife Angela, his stepdaughter Lindsey Denton and partner Bryan Dickerson and his stepson Stephen Denton and his wife Haley. John was blessed with 7 grandchildren: Wilder, Caroline, Cody, Mason, Austyn, Matthew and Owen; as well as his two brothers: Larry Robertson and his wife Sharon, and Joe Robertson.
A memorial service will be held on Friday, September 7, 2018 at 11:00 am, at the Hall-Wynne Funeral Home, 1113 W Main St, Durham, with Senior Pastor Rebekah Maul from Wake Forest Presbyterian Church.

“I have, as it were, my own sun and moon and stars, and a little world all to myself.” – Henry David Thoreau

Offer Condolence for the family of John Marvin Robertson 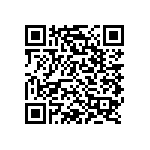