John Andrew “Andy” Lambeth passed away on Wednesday, July 7, 2010. Husband, father, son, brother and friend, Andy will be remembered by all for his free spirit and love of life. Though all who knew him will miss his generosity, wit, and infectious laugh, there is comfort in knowing that he is now surfing an endless perfect wave in a heavenly ocean.

He was born in Raleigh and was a longtime resident of Durham. After graduating from Raleigh Enloe High School, where he played football, he attended UNC Wilmington and surfed many earthly waves and ultimately attained a degree in geology from Appalachian State University. He brought his talents and passion as a geologist to the Durham County Public Works Department in a long career that helped make Durham a paragon of excellence for water conservation and smart growth.

A private cremation service will be held from the Hall-Wynne Crematory at a later time.

Contributions can be made in Andy’s memory to EarthShare North Carolina http://www.earthsharenc.org/.

Offer Condolence for the family of John Lambeth 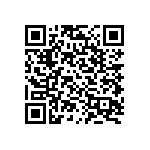