CHAPEL HILL – John Ray Holt, 89, of Chapel Hill N.C. died peacefully on July 3rd, 2018 after a prolonged struggle with heart and kidney failure. He was born and raised in Old Fort, N.C. and was the son of the late John Bratcher Holt and Lavada Sutton Holt. Holt.

John was a graduate of North Carolina State University and was a sub-contractor for NASA as an electrical engineer on the Apollo project. He built his first house himself and he and his wife greatly enjoyed many years of flying his Cessna airplane. John also understood that puns are the most intelligent form of comedy.

John is survived by his loving wife of 61 years Nancy Yvonne Wilson Holt and his son David Holt. He was preceded in death by his daughter Diane Holt.

A graveside service will be held  10:00am on Saturday July 7th, 2018 at Woodlawn Memorial Park in  Durham with Dr. Marcus McFaul officiating.

The Holt family is under the care of Hall-Wynne Funeral Service. Online condolences: www.hallwynne.com; select obituaries.

Offer Condolence for the family of John Holt 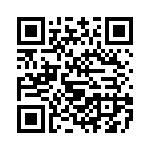