John Franklin Watts, 37, went to be with the Lord on November 23, 2017. He was born July 2,1980 at Bethesda Naval Hospital in Bethesda, MD. He is survived by his mother, Elizabeth Watkins Watts of Oxford; his sister, Cynthia Watts Favor of Murrieta, CA; his niece, Marjorie Anne Favor; and the love of his life, Jessica Leigh Spence of Richmond, VA. He was preceded in death by his father, Captain Harry Franklin Watts, Jr. USN.
John graduated from JF Webb High school in 1998. He received a full scholarship to Barton College where he graduated with a Bachelor’s Degree in Fine Arts and Graphic Design in 2002. In 2009, he graduated with a Master’s Degree in Landscape Architecture from North Carolina State University.
He loved nature, —especially the ocean—loved to travel, was passionate about helping others, and was a friend to all he met. In 2011, he rode his bicycle across the U.S. from California to Virginia to raise awareness for the Lymphoma Society in memory of his father who passed away from the disease in 2009. He also spent time volunteering for the Inter-faith Food Shuttle and Hub Farm in Raleigh and the Occaneechi Band of the Saponi Nation. He was a board member of the Benevolence Farm in Graham, NC. John was always challenging himself to grow and participated in Improv Classes, and was involved in an award-winning art performance called The Bureau of Personal Belonging. John was a dreamer and talented artist and wanted to share his creativity with the world.
The Memorial service will be held at 11:00 December 1 at the Oxford Baptist Church on Main street in Oxford. Visitation will be at Gentry-Newell & Vaughan Funeral Home on College Street Thursday night, from 6 to 8 pm.
Flowers are welcomed, and donations may be sent to the Oxford Baptist Church Clean Water for Malawi Fund, Benevolence Farm, and Hub Farm.

Offer Condolence for the family of John Franklin Watts 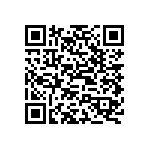