Born in Durham, John was the son of the late Floyd Edwin “Ed” Green and Bessie Couch Green. He was predeceased by his brother, Richard Edwin Green in September of 2008.

John was a 1966 graduate of Southern High School. He worked for Gregory Poole Equipment Company in Raleigh for several years and for many years John was an independent truck driver. His last employment was with the Couch Construction Company in Georgia. John was a member of the Cedar Fork Baptist Church.

Graveside funeral services will be held 11 AM Monday, January 9, 2009 in the Cedar Fork Baptist Church Cemetery. The Rev. Ron Zedick will preside.

Visitation will be held 7 to 9 PM Sunday at Hall-Wynne Funeral Home and all other times at the home of Bonnie Green, 3625 Pleasant Grove Church Road, Morrisville.

Offer Condolence for the family of John Floyd Green 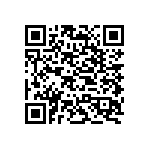