Pittsboro-John Edward Stoller, 77, retired business executive and educator, died at Duke Hospice in Durham, on May 13, 20l0, after a long illness.

John retired to Fearrington Village in 1997. He was born in Poughkeepsie, NY in 1932, was educated at the University of Rochester, and received an MBA at Columbia University in 1957. Several decades of work in advertising, marketing, and management were followed by a move into higher education in 1983 when John became Vice President of College Relations at the State University of New York in Brockport. In retirement, Mr. Stoller helped found and organize the New Horizons Band for seniors musicians as part of the OLLI program at Duke University.

A memorial service for will be held 4:00 PM on June 12 at Christ United Methodist Church, Chapel Hill. The Rev. Christi Dye will preside.

Memorial contributions may be made to Duke Homecare and Hospice, 4321 Medical Park Drive, Suite 101, Durham, NC 27704.

The Stoller family is under the care of Hall-Wynne Funeral Service, Durham. www.hallwynne.com. Select obituaries.

Offer Condolence for the family of John Edward Stoller 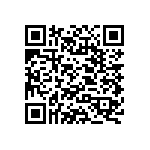