John E. Newell, age 77, died surrounded by family on Monday, December 16, 2019.  John was the son of the late Frank B. Newell, Jr and Nelle Wilson Newell and a native of Warren County.  As a child he grew up on the family farm, that originated in 1903, and he has continued to operate the farm with his extended family till the time of his death.

John was member of the Warrenton Presbyterian Church during his childhood and graduated the Class of 1960 – John Graham High School, where he was a member of the high school band. John was a fore member of the NC Army National Guard and the US Army Reserves. John had a lifelong career as a Funeral Services Director.  He served his apprenticeship as a funeral director and embalmer under the tutorage of Hickory Funeral Home in Hickory, NC; he was a graduate of Clevenger College of Business Administration from Hickory, NC and then traveled across the US to graduate from the San Francisco College of Mortuary Science in 1964.  John became employed by Perkinson-Currin Funeral Home in Oxford, NC directly after graduation and became a partner in 1970.

The former president of Gentry-Newell & Vaughan Funeral Home, John was a member of Oxford Presbyterian Church, where he served as a deacon, elder, youth leader, Cub Master and especially enjoyed ushering and became the Church’s first president. John very much enjoyed his family, all the family vacations, where he visited all 50 states.  He was an avid collector of model trains and old cars.   He was an avid Civil War historian. He faithfully excelled at his jobs of father, funeral director, embalmer, licensed insurance agent and his church. John was trained at NC Baptist Hospital in eye inoculation surgery. He and his first wife, Pat, preformed countless inoculations for the NC Eye and Tissue Bank, that helped restore eyesight to those who could no longer see.

The funeral services will be conducted at Oxford Presbyterian Church on Monday, December 23, 2019 at 11:00 am  with burial at 3:00 pm at the Newell plot in the Fairview Cemetery, Warrenton, NC, near the Family Farm. The service will be officiated by Pastor Alan Koeneke of Oxford Presbyterian Church and Reverend Bobby Harrell of Macon Baptist Church.

John was predeceased by his wife, Pat Elrod Newell and grandsons, Jonathan and Micheal.

Offer Condolence for the family of John E. Newell 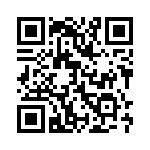