One of 8 children, Mr. Shaw was born July 11, 1927 in Alamance County, the son of JB Shaw, Sr. and Sarah Newlin Shaw. He was a graduate of Eli Whitney School. Mr. Shaw worked for 30 years for Webster Poultry, and ran a large poultry farm after retiring from Webster’s. He never missed a day of school or a day of work with the exception of being out for gall bladder surgery. Mr. Shaw loved his wife and children; grandchildren; great-grandchildren; his animals and food.

The funeral service for Mr. “JB” Shaw will be conducted at 11:00 am Wednesday, April 20, 2011, from the graveside at Center United Methodist Church Cemetery Snow Camp, Alamance County with the Reverend John Varnum presiding. Friends may visit with the family from 10 – 11 am Wednesday at the cemetery; at other times at the residence of Jim Shaw.

Arrangements for Mr. Shaw are under the care of Hall-Wynne Funeral Service and Cremation, Pittsboro, 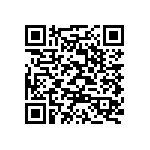