John Billy West, 84, passed away on Friday, November 10, 2017, at Duke Hospice-Hock Family Pavilion, in Durham, NC, after a brief illness. He was born in Stovall, NC on January 5, 1933, to Jonah Buck West and Annie Belle Smith West. He was the oldest of five children, all of whom preceded him in death.
He was educated in Granville County Schools. He joined the Army in 1947 and served four years as a Paratrooper with the 82nd Airborne. He was honorably discharged in 1951. John worked at John Umstead Hospital as a carpenter and retired with 38 years of service in 1986. He was very proud of the fact that he helped to build all the houses on Central Avenue in Butner as the town was being converted from an Army camp to a residential setting.
John was a member of Butner Presbyterian Church where he taught Sunday School for many years. His favorite scripture was John 14:2-3 which promises “In my house are many mansions…” John believed this passage with all his heart. One can only imagine his joy at living in heaven in his new mansion. His parents instilled in him at a very young age, Christian values; thus, he wanted to live his life so that others would see Jesus in him. A good example: His niece said that “he was one of the most tenderhearted, good men she has ever known. There was nothing that he wouldn’t do for anyone if he could.”
His favorite pastime was watching old Westerns, especially “Gunsmoke”. He loved to be outside working in the yard. In his younger years, he was an avid hunter. On an intellectual note, he took great pride in sharing his knowledge of the history of Butner. No one could have been happier when Butner celebrated its 50th and 75th years, because he felt a sense of accomplishment in being able to say, “I was there when…”
He is survived by Marcia Gregory West, his devoted wife of 42 years; his son, J.B. West, Jr; his grandson, Brian West (Michelle); three great grandchildren (Hannah, William, Kayla); two nieces, Wanda Rivera and Faye Blalock; and one special nephew, Terry Winters. His great-grandson, Chris, predeceased him.
The family will receive friends at 10:00 am for one hour prior to the funeral service at 11:00 am at Gentry Newell – Vaughan Funeral Home in Oxford, NC on Wednesday, November 15, 2017, with Rev. James C. Shelley, Jr. officiating. Burial will follow in Carolina Memorial Gardens in Creedmoor, NC with military honors.
Memorials may be made to Duke Hospice -Hock Family Pavilion, 4023 N. Roxboro Street, Durham, NC 27704.

Offer Condolence for the family of John Billy West 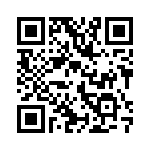