: John B. Makros, 80, died Saturday in the VA Hospital. He was born November 30, 1930 in Kardamyla, Chios, Greece and previously was a longtime resident of Huntington, NY. Most recently he lived with his sister in Cary.
John came to the U.S. in 1947 and graduated from R.J. Reynolds High School in Winston-Salem, after which he attended Appalachian State Univ. He served as a Sergeant in the U.S. Army in the Korean War as a Greek language translator and nurse. John opened Spartacus Restaurant on Long Island, NY with his brother and sister, and was employed by Waldbaum’s supermarket for many years. He was a beloved son, brother, uncle and friend to many and will be deeply missed.
Surviving are his sister, Ralitsa Rali Kalfas of Cary; a brother, George Makros of Rockville Center, NY; 5 nephews, 3 nieces and multiple great nieces and nephews.
The funeral liturgy will be 11:30 AM Tuesday from St. Barbara Greek Orthodox Church, with Fr. James O. Berends presiding. Friends may visit 7-8:30 PM Monday at Hall-Wynne Funeral Service.

Offer Condolence for the family of John B. Makros 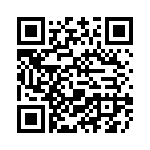