Mr. Carlson was born February 12, 1943 in Chicago, the son of Rolf John Harry Carlson and Evelyn Marie Hakanson Carlson. He attended Princeton University for three years, graduated from the University of Illinois, and received his Masters Degree in Education from the UNC @ Chapel Hill.

Mr. Carlson was a real estate appraiser for twenty years. He was a member of Holy Trinity Lutheran Church in Chapel Hill, and was also active in the VASA Swedish Club of Raleigh.

Survivors include his brother, Rolf Carlson of Worthington, MN; as well as nieces and nephews.

The memorial service to celebrate Mr. Carlson’s life will be conducted by Pastor David Hood at 10:00 am, Saturday, March 14, 2009 at Holy Trinity Lutheran Church. Friends may visit with the family following the service.

Offer Condolence for the family of John Arne Carlson 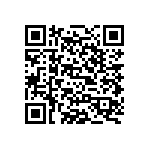